What is Viral Gastroenteritis?

Anyone can get viral gastroenteritis and most people recover without any complications. However, viral gastroenteritis can be serious when people cannot drink enough fluids to replace what is lost through vomiting and diarrhea — especially infants, young children, the elderly, and people with weak immune systems.

What Are The Symptoms of Viral Gastroenteritis?

The main symptoms of viral gastroenteritis are watery diarrhea and vomiting. Other symptoms are headache, fever, chills, and abdominal pain. Symptoms usually appear within 4 to 48 hours after exposure to the virus and last for 1 to 2 days, though symptoms can last as long as 10 days.

What Are The Causes?

Viral gastroenteritis is often mistakenly called “stomach flu,” but it is not caused by the influenza virus and it does not infect the stomach. Also, viral gastroenteritis is not caused by bacteria or parasites. For information about bacterial infections, please see the Bacteria and Foodborne Illness fact sheet from the National Institute of Diabetes and Digestive and Kidney Diseases (NIDDK).

Viral gastroenteritis is highly contagious. The viruses are commonly transmitted by people with unwashed hands. People can get the viruses through close contact with infected individuals by sharing their food, drink, or eating utensils, or by eating food or drinking beverages that are contaminated with the virus. Noroviruses in particular, are typically spread to other people by contact with stool or vomit of infected people and through contaminated water or food — especially oysters from contaminated waters.

People who no longer have symptoms may still be contagious, since the virus can be found in their stool for up to 2 weeks after they recover from their illness. Also, people can become infected without having symptoms and they can still spread the infection.

Outbreaks of viral gastroenteritis can occur in households, child care settings, schools, nursing homes, cruise ships, camps, dormitories, restaurants, and other places where people gather in groups. If you suspect that you were exposed to a virus in one of these settings or by foods prepared on the premise of places such as a restaurant, deli, or bakery, you may want to contact your local health department, which tracks outbreaks.

If you think you have viral gastroenteritis, you may want to see your doctor. Doctors generally diagnose viral gastroenteritis based on the symptoms and a physical examination. Your doctor may ask for a stool sample to test for rotavirus or to rule out bacteria or parasites as the cause of your symptoms. No routine tests are currently available for the other types of viruses.

Most cases of viral gastroenteritis resolve over time without specific treatment. Antibiotics are not effective against viral infections. The primary goal of treatment is to reduce the symptoms, and prompt treatment may be needed to prevent dehydration.

Your body needs fluids to function. Dehydration is the loss of fluids from the body. Important salts or minerals, known as electrolytes, can also be lost with the fluids. Dehydration can be caused by diarrhea, vomiting, excessive urination, excessive sweating, or by not drinking enough fluids because of nausea, difficulty swallowing, or loss of appetite.

In viral gastroenteritis, the combination of diarrhea and vomiting can cause dehydration. The symptoms of dehydration are:

Children present special concerns. Because of their smaller body size, infants and children are at greater risk of dehydration from diarrhea and vomiting. Oral rehydration solutions such as Pedialyte can replace lost fluids, minerals, and salts.

The following steps may help relieve the symptoms of viral gastroenteritis:

Prevention is the best way to avoid viral gastroenteritis by following the tips listed below. No vaccine is available for viral gastroenteritis with the exception of a newly released rotavirus vaccine called Rotateq. The oral vaccine for infants aged 6 to 32 weeks was approved in February 2006 by the U.S. Food and Drug Administration. Otherwise, you can avoid infection by:

The following information comes from The National Institute of Diabetes and Digestive and Kidney Diseases (NIDDK), a part of the National Institutes of Health (NIH) and the U.S. Department of Health and Human Services. To ensure that you’re viewing the most up-to-date information, we recommend visiting the viral gastroenteritis entry at the NIDDK website. 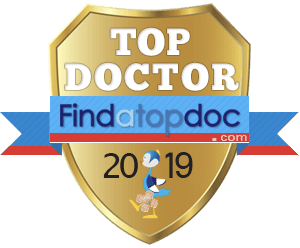 Gastroparesis is also called delayed gastric emptying. It is a disorder in which the stomach takes too long to empty. Usually, the stomach contracts to move food down into the small intestine for digestion. In a person with gastroparesis, the muscles of the stomach and intestines do not work normally, and food moves slowly or stops moving through the digestive tract.

The most common cause of gastroparesis is diabetes. People with diabetes have high blood glucose, which, over time, can damage the vagus nerve that controls food movement through the digestive tract.

Other causes of gastroparesis include:

Many people have what is called idiopathic gastroparesis, meaning the cause is unknown and cannot be found even after medical tests.

What Are The Symptoms of Gastroparesis?

Signs and symptoms of gastroparesis include:

Eating solid foods, high-fiber foods such as raw fruits and vegetables, fatty foods, or drinks high in fat or carbonation may contribute to these symptoms.

How is Gastroparesis Diagnosed?

After performing a full physical exam and taking your medical history, your Orlando Gastroenterology doctor may order several blood tests to check blood counts and chemical and electrolyte levels.

To rule out an obstruction or other conditions, the doctor may perform an upper endoscopy, ultrasound, or barium x-ray. Once other causes have been ruled out, the doctor will perform a gastric emptying test to confirm a diagnosis of gastroparesis.

How is Gastroparesis Treated?

Treatment of gastroparesis depends on the severity of the symptoms. In most cases, gastroparesis is chronic, so the best strategy is management of symptoms.

Several medications are used to treat gastroparesis. Doctors at Orlando Gastroenterology may try different drugs or combinations to find the most effective treatment.

Changing eating habits can help control gastroparesis. A doctor or dietitian may prescribe six small meals a day instead of three large ones. If less food enters the stomach at mealtimes, it may not become overly full. In more severe cases, a liquid or pureed diet may be prescribed.

The doctor may recommend avoiding high-fat and high-fiber foods. Fat naturally slows digestion, and fiber is difficult to digest. Some high-fiber foods like oranges and broccoli contain material that cannot be digested.

If a liquid or pureed diet does not work, surgery may be needed to insert a feeding tube that will deliver nutrients and medication into the small intestine. These products then get into the bloodstream quickly. This procedure, called a jejunostomy, is used only when gastroparesis is severe.